The 2013 ISTAF Super Series Dates have been released! The first round will be held in New Delhi, India, from the August 29th to September 1st, 2013. The dates and locations of the four rounds are below. As usual the other important international event is the King’s Cup which will once again be held in Thailand, but dates are yet to be confirmed. 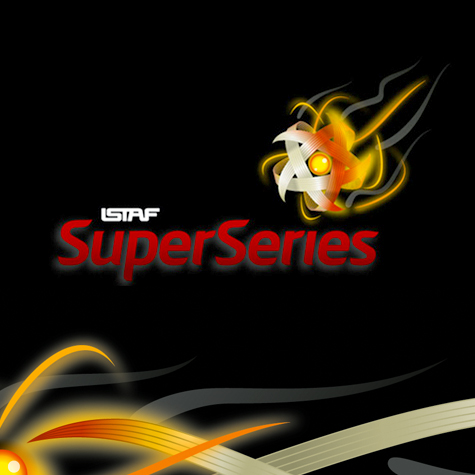 Australia is ineligible to compete in the 2013 Super Series but we will field a team at the 2013 King’s Cup World Championship later this year!

Have some great ideas about how to help grow the sport,
or simply want to learn how to play?

The Australian Sepak Takraw Association invites you to come along to a public meeting this December. We are currently working on growing sepak takraw in Australia; starting with school based programs, youth workshops, working all the way up to our National team.

Now that the 2013 Arafura Games has been cancelled, we are also working towards hosting our own international sepak takraw event.

Come and share your ideas with us, join the association, or get involved as a player – we would love you to join us.

If you want to know more or you can’t make it on the day, please get in touch!

The Northern Territory Government announced on 31 October 2012 that the 2013 Arafura Games are deferred. Sadly this means that Sepaktakraw and 22 other sports will not be able to participate in this international competition enjoyed biennially since the Arafura Games’ inception in 1991.

Official bodies in many of these sports have increasingly recognised Arafura Games events nationally as steps in training and emerging talent development. And formal and informal sporting and community international relationships have steadily strengthened.

The Australian men’s Sepaktaraw team are all Darwin men, who first played together for the Northern Territory at the 2009 and the 2011 Arafura Games.

In the inaugural 2011 Sepaktaraw World Cup in July in Kuala Lumpur this men’s team from Darwin represented Australia as one of 24 countries invited to compete. The team trained in 2012 in both Darwin and Thailand, and in August won bronze medals in its class at the international Kings Cup tournament in Thailand.

The Association looks forward to working with the Government in finding the best fit for Sepak taraw’s events in a revitalised Arafura Games, in supporting the Games’ financial viability, and extending relationships with local and international sporting communities.

We are also looking for ways to organise our own local and international Sepaktakraw events for men and women in the future.

The Northern Territory Government’s media release can be found here 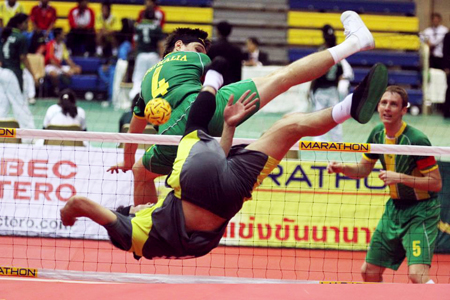 Two Sepak Takraw players from the Australian squad have been training hard in Bangkok, Thailand for some time now – but recently they took a couple of days off to go and spectate at the Princess Cup Sepak Takraw competition – also in Bangkok, Thailand. The Princess Cup is a major competition open to Thai teams ranging from regional, state and youth teams to commerical and government teams. Seeing some of the best players in the world up against each other is something not to be missed! So the guys filmed some matches and have uploaded them to youtube. Check out the Takraw Australia Youtube Channel, and join us on Facebook to let us know what you think!